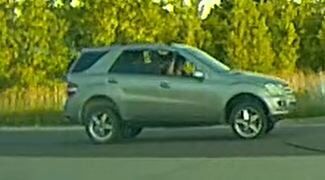 Deputies say that although the SUV appears tan in certain light, it's actually silver. 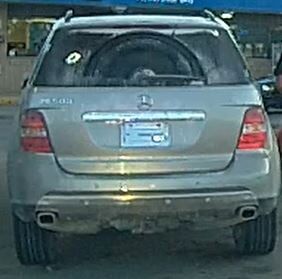 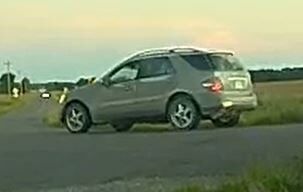 Deputies say that although the SUV appears tan in certain light, it's actually silver.

The Boone County Sheriff’s Office is asking for your help in tracking down the driver of a SUV, involved in two police chases on Wednesday evening.

A deputy attempted to stop the driver the first time, just before 8 p.m., after noticing he didn’t have license plates while parked at the Fastlane Convenience Store just northeast of Columbia near Route B.  But the driver refused to cooperate and fled from the deputy.  The chase was terminated for safety reasons.

A short time later the deputy spotted the same driver and attempted a second stop but the driver fled into Callaway County.

The sheriff says the man appeared to be an adult white male with short brown hair and facial hair.  He was driving a silver Mercedes-Benz four-door SUV.